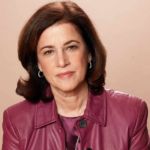 Ellen Galinsky is the chief science officer at the Bezos Family Foundation where she also serves as executive director of Mind in the Making. In addition, she is a senior research advisor for the Society for Human Resource Management (SHRM). She also remains president of Families and Work Institute. Her life’s work revolves identifying important societal questions as they emerge, conducting research to seek answers, and turning the findings into action. She strives to be ahead of the curve, to address compelling issues, and to provide rigorous data that can affect our lives.

In the 1970s while on the faculty of Bank Street College, she researched and co-authored a book about exemplary child care, The New Extended Family: Day Care That Works, then used the lessons learned to help found the Family Center at Bank Street and subsequently to conduct a series of quantitative studies on the impact of interventions to improve the quality of child care and children’s development.

In the 1980s, she studied how parents grow and change as adults and then wrote the now classic Six Stages of Parenthood. The findings from that initiative led to a series of studies on parent-professional relationships. These studies inspired her to work toward redefining parent engagement—away from a standard of professionals as experts and parents as the recipients of this professional expertise—toward building genuine partnerships where parents and professionals learn together.

Seeing how important work-life issues are, she helped to establish the field of work-life in the 1980s and co-founded Families and Work Institute (FWI) in 1989, becoming its president in 1996. Since the 1990s, Ms. Galinsky has directed or co-directed the most comprehensive ongoing studies of the U.S. workforce and workplace as well as When Work Works, an award for workplace effectiveness, now in all 50 states. In December 2016, these three programs became a part of SHRM. In 2017-2018, SHRM will release 10 new reports based on these studies of the workforce and workplace.

In early 2000, Ellen Galinsky became concerned that far too many young people were dropping out of learning and she turned to investigating how to keep the fire for learning burning brightly in children’s eyes. The resulting research journey led to her best-selling book, Mind in the Making: The Seven Essential Life Skills Every Child Needs. In March 2016, Mind in the Making (MITM) became a program of the Bezos Family Foundation. Its mission is to promote Life Skills that are based on and promote Executive Functions. Projects include Learning Modules, now in 20 states and communities, a library of videos, and Skill Building Moments—tip sheets that reframe discipline from managing “discipline problems” to giving children the skills they need to thrive. She is currently at work on a book about adolescence that extends the work of MITM into the adolescent years.

Career highlight include writing more than 100 books and reports and over 300 articles, serving as a child care expert in the TV series What Every Baby Knows with Dr. T. Berry Brazelton; serving as a parent expert in the Mister Rogers Talks to Parents TV series; being the elected President of the National Association for the Education of Young Children; being elected as a member of National Academy of Human Resources; receiving a number of awards including the Distinguished Achievement Award from Vassar College; and speaking at five White House conference on children and family issues. In 2017, Exchange magazine honored her as a Doyen in the early childhood field—a “special group of leaders held in high regard with a true place of respect as mentors to our generation.” In 2018, the Work and Family Researchers Network announced that the Ellen Galinsky Generative Researcher Award will be given on an ongoing basis. It will “recognize a researcher who has contributed ‘break-through’ thinking to the work-family field of study with theory, measures, and/or data sets from innovative studies.” In addition, she was selected by her peers in the Work and Family Researcher Network as a 2018 Top Ten Extraordinary Contributor to Work and Family Research.